Binaural Beats are, indeed, a brainwave entertainment technology, which are designed to put your brain in the same state as when you’re meditating with the facilitation of traditional methods. In the scientific terms, they’re auditory brainstem responses which originate in the superior olivary nucleus of each hemisphere… In other words, they’re apparent sounds, caused by specific physical stimuli. They’re first discovered in 1839, by Heinrich Wilhelm Dove…

There are growing amount of research efforts that are showing time and time again that Binaural Beats are the match-winners when it comes influencing your mind, or state, to perform something – better; they’re reporting the changes in the consciousness, which are immensely connected with our overall lifestyle, and produce different results for us.

Our brain, actually, resonates with the Binaural Beat. Or, in other words, it follows that beat, to produce the desired result. This phenomenon is also known as, “Frequency Following Response”. Today, it’s chiefly used, by the experts, to enhance brain functioning.

And, it’s supported by scores of professional doctors and scientists, all over the world.

How to Use These Beats?

Well, if you’ve bought the Binaural Beats, for some special purpose, and from a reputable source, there are a few things you must consider before you use them. For instance, don’t listen to them when you’re doing some highly engaging task, such as, driving. You should be free from distractions, first, and stay away from those works too that demand full attention of your mind, or push you into quick, critical, and action-oriented thinking.

Besides, it’s also necessary to engage with them when you’re also in mood, or ready for them; you shouldn’t force yourself at all. The mind should be relaxed as well. Furthermore, it’s also essential to have at least 20-30 minutes to gain the maximum gains.

Binaural Beats demand your focus, and of course it can’t happen if you’re carrying some heavy burden. However, you can resolve this issue by giving the process some touch of meditation; you can lock your eyes on the candle, or some object, to bring your mind into that state which can banish the distractions, and make you ready for the beats.

Next, unlike the Isochronic Tones, it’s indispensable to have a headphone, since the beats are created inside your brain. It’s like each year receives a different frequency, at the same time, and the gap/difference between them is the 3rd frequency, which your brain automatically produces. And, as I’ve said earlier, that production is the Binaural Beat.

There are various exceptional benefits which these beats offer on a daily basis. For instance, if you’re a person who deals with a heavy schedule, they’d promote relaxation inside your body and calm your nerves within a few minutes. Other than that, these beats hand you better sleep, aid you in meditation, elevates positivity in your life, increase the levels of concentration, heal you mentally and physically, and eliminate stress and anxiety.

In addition, these days, on an advanced level, Binaural Beats are facilitating people in Astral Projection and Lucid Dreaming too. It’s like they’re covering almost all aspects of our lives. 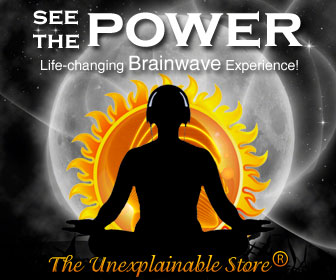 Therefore, they’re the latest craze, and they’ve already heavily influenced the people on a massive scale.  The Unexplainable Store is offering these beats; you can find numerous tracks on our site and buy them too.

From sleep to meditation, from love to concentration, their proprietors have everything for you… They’re indeed the modern-day versions of the doctors. Or, if I say, they’re the kings without crowns, it would be utterly right, as, this time, they’ve picked some new weapons.

Mozart Effect
Wake Up Each Morning like a King!
Positive Mindset
Brainwave Therapy: A Natural Way to Upgrade Your L...