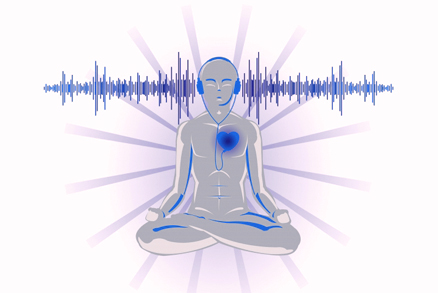 The Binaural Beats and How They Affect the Brain Function

What are binaural beats?

These beats or sound waves are also named as binaural tones that are created by a specific physical stimulus. They appear when 2 tunes of different frequencies are played and these tunes get synchronized into one tone of different frequency. These beats will stimulate our brains by sending special auditory artefacts throughthe head phones. These beats help a person in relaxation, and also in enhancing one’s creativity as well.

Binaural beats were discovered by a physicist in the year 1839, Henrich Wilhelm Dove. According to him when two signals of different wave lengths are presented separately, then the brain will be able to identify the phase variations occurring in both the frequencies and the brain tries to reconcile the difference.  As a result, the brain creates its own frequency named as the binaural beats. The frequency of the beats is the difference between the other 2 frequencies.

The waves makes the brain resonate in tune with the beat. This process of the brain resonating in tune with the beat is termed as the Frequency Following Response. The studies comprising the binary beats are carried out to find the role of auditory stimulation for enhancing the functioning of the brain.The findings from these studies have found out that introducing such frequencies to the brain will help to increase the concentration, and serves as a means for the relaxation.

Binaural beats involves the method for the brainwave entrainment that helps one to meditate, which inturn helps a person with personal growth, and also provides benefits of relaxation. The entrainment is a word used in physics, where two systems oscillating with different frequencies are brought together and they synchronize to one. The examples of this entrainment can be found in the nature, which includes the crickets chirping or the croaking sound of frog.

For using these beats, one should avoid any task which needs concentration, such as driving. The best time to listen to these waves isthe relaxed state. It is also known as digital drug asthese waves were supposed to give the effect of certain drugs on the brain.As there is no direct consumption of the drugs one will be relieved of the side effects. These sound waves have been used in the world of alternative medicine as a therapeutic agent nowadays. It has gained a lot of popularity among the neuropsychologists who specializes in the sense of hearing.

There are a number of opinions or views prevailing about these sound waves, most of them have not been proved scientifically.

It can stimulate the effect of the recreational drugs, it also help a person to increase or stimulate the memory cells, it can be used as an effective method for stopping the smoking habits, it can help a lot for improving the athleticperformances, last but not the least, these helps one to deal with the erectile dysfunction in an effective way. The question – what are binaural beats?, has been a topic of hot discussion in the research field and studies are going on to confirm if there is any side effects of these beats.

Learn a New Language in Just Days!
How I Finally Quit Smoking – It Works!
Serotonin– The Happiness Hormone!
The Game of Leadership!