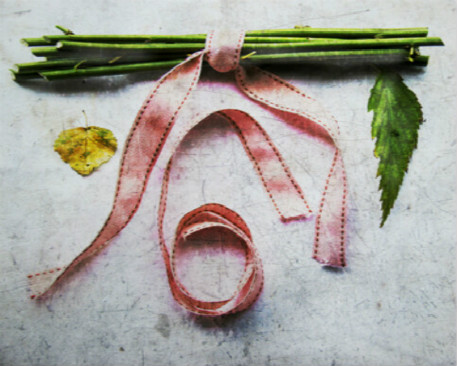 Extrasensory Perception (ESP) has a vast definition. It’s known as the sixth-sense, awareness of the world, mind reading, sensing when a friend is in trouble, feelings of future, and etc. One can also say it “The Psychic Ability”. Interestingly, science has also explored this subject rather deeply, however, its concern revolved chiefly around the ‘mind reading’ or ‘situation reading’. Since, according to the professional scientists, it’s our unconscious mind that is the best of all worlds. It has the embryonic power to predict the future or situation, or read the mind of other person, after assessing everything cautiously. For instance, the deep logical research on cats showed us how to deduce their moods or actions through the movement of their tails.

But, all don’t agree with this statement or example. The knowledge and past experience of course facilitates the extrasensory perception and act as an enhancing too, but it isn’t the sole foundation of it. We are actually the ones who shut down the ability of ESP. For example, when a child tells us that there is someone in the room, or he hears weird sounds, we often impel him to believe that there is no one, or treat his words as a joke. This response forces the child to shut down the ability, which is known as the sixth sense or ESP.

Does it mean we can’t redevelop it? Can’t we enhance our extrasensory perception, or improved the sixth sense? Luckily, we can. We can redevelop the ESP and improve the sixth sense as well, and it doesn’t require immense effort too. Though, first, it’s better to perceive what exactly you want, and learn the different kinds of psychic abilities too. Since, the more you’ll be clear in your goal, the more it will be easier for you to dominate your adroitness.

There are total three different kinds of psychic abilities or ESP – Chakra, Clairvoyance, and Clairaudience. Chakra is also known as the ‘third eye’ or ‘energy field’. One closes his eyes and attempts to see things or visualize through his third eye which is right above his real eyes.  Next, Clairvoyance is all about seeing spirit images; some people call it ‘remote viewing’ too. In Clairvoyance, you capture the impressions you receive through energy, or the third eye and write it down on the paper. Lastly, Clairaudience is also about receiving spirit impressions, but in the form of sounds. In a way, the spirit communicates with you.

Now, the sixth sense or ESP can be enhanced with practice. Though, it would take some time, but it will grow your natural abilities and transform you into a psychic. Don’t believe that? It’s alright. Just start practicing with small objects. Take a object in your hands, close your eyes, and feel it. Feel whether it belongs to a man or a woman. Can you explain that person’s emotions or personality through it? And, if you concentrate more, is it possible to guess their work, or anything special related to their life – like marrying love one, or death of a special one? Connecting on a supreme level and opening third eye will facilitate you in answering and apprehending all these questions. With a tad practice, you can do that.

Wish to advance the learning process? Visit Unexplainable Store, as they’ve created some extrasensory perception (ESP) and sixth-sense enhancing tracks with the help of Binaural Beats and Isochronic tones. These tracks are the glorious gems for all those are interested in improving their sixth-sense or psychic abilities. Just get the headphone, and play those tracks. They’ll stimulate all your psychic senses in a few minutes through ESP frequencies.

Attention Disorder – Cure It in Minutes!
Energy Healing With Crystal in Your Home!
Build Self Confidence Like a President!
We Give Thanks