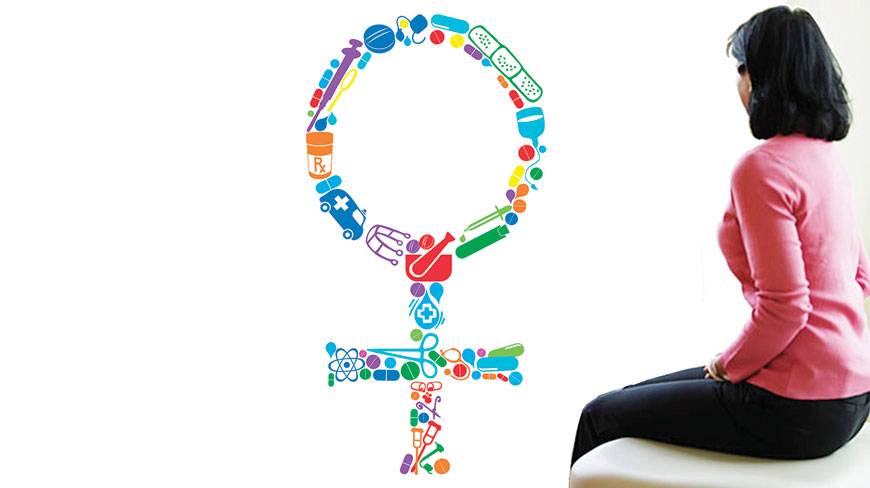 Pre-menstrual Syndrome (PMS) is actually a group of symptoms linked to the menstrual cycle. If you’re struggling with bloating, breast pain, mood swings, feeling irritable, and losing interest in intimacy and sex as well, it means you’re facing the music of PMS. It usually occurs two weeks before a woman’s monthly period. Though, this time period isn’t specific as the symptoms can take place when period starts and disappear a few days afterwards. Mostly, women handle these symptoms on their own, since they know all the highs and lows of it since their first menstrual cycle. However, all women aren’t the same. In fact, according to a recent professional survey, 1 in 20 women’s PMS is severe enough to halt their normal, happy lives.

PMS is also known as PMT (premenstrual tension). If you’re victim of it, you perhaps already comprehend that its symptoms usually stay around for at least six days, but sometimes they go away immediately too once you start bleeding. Now, before we dig deeper into this subject, first it’s imperative to know what cause premenstrual syndrome (PMS). Well, according to the professional physicians, in reality, causes of it aren’t utterly clearly. It’s like there are some factors which evolve and turn into PMS or PMT, for instance, lack of vitamins, relishing lots of salty/fast foods, drinking alcohol on a regular basis, and etc.

In addition, consuming a lot of caffeine can also result in premenstrual syndrome. For that reason, before consulting a physician, try to avoid caffeine for a few days. It will facilitate you in apprehend whether it’s the cause of your irritation or not. Apart from this, some women fight with PMS because of changes in hormones. In case you’re already suffering from hormone changes in other ways and know about it as well, PMS can also be the outcome of it. Therefore, instead of treating PMS, try to resolve hormone issues, as it will resolve everything automatically. Other than that, in some cases, chemical changes in brain can also create a colossal impact on menstrual cycle. Women who regularly suffer with emotional issues like depression, work-load, isolation, can also be the victim of PMS.

When exactly one should consult a professional physician? Well, the answer is simple. If PMS isn’t allowing you to live a happy life, and denting your relationship, consult a physician; he/she will not only explain the causes of it, but also manage the symptoms too.

Fortunately, Mother Nature has some incredible answers for this issue. There are various natural treatment options that can resolve this matter rather effectively and bring your body into its correct balance. For example, chaste berry is famous for reducing pain, tetchiness, mood swings, constipation, anger, and headache. Next, for hundreds of years, Maca was utilized by native Peruvians to enhance fertility and resolve menstrual problems and hormone imbalance. It’s also immensely beneficial for weak bones, bad temper, and depression. Besides, Maca doesn’t only resolve issues, it also arouse sexual desire and boost immune system… You can also use these million-dollar natural remedies for PMS.

Believe it or not, you can restore female health, solve premenstrual syndrome (PMS), and relish fast and positive healing through some tracks. Yes! It’s true. Don’t believe that? Visit the Unexplainable Store right now, as their tracks begin in Beta, transit smoothly into Theta, and ends in Delta border. It’s actually a brainwave entrainment therapy that relieves your symptoms of PMS. All you need is to get your headphones and listen to their tracks before bedtime. The results will appear sooner than your expectations in just a few minutes.

Automatic Writing – Spirit Communication!
Anger Management–Get Rid of Anger Issues!
How to Trigger Brain Chemical that Make You Happy!
Heal Your Body in a Few Minutes!