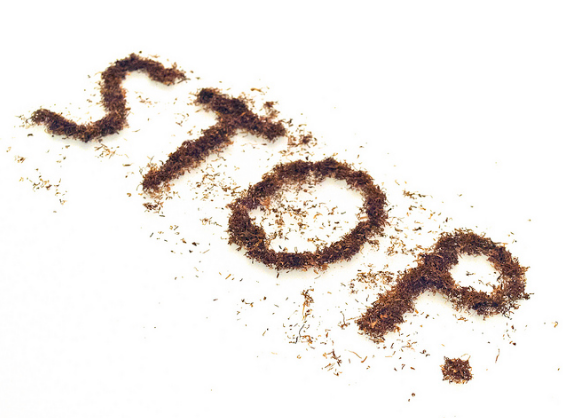 How I Finally Quit Smoking – It Works!

Smoking – it’s a way to commit suicide slowly. Since, every puff of it is another tick closer to a time bomb of terrible consequences. If you’re smoker, you perhaps already know a cigarette is just a 2-minute cheer, but in the long run, it will eventually become a death warrant of your life. The tobacco-related mortality reports reveal that the death rate of smokers is three times higher than non-smokers; around 480,000 annually. Besides, life expectancy of a smoker is 10 years shorter than a nonsmoker too. Furthermore, the sudden death is a common condition which happens when heart doesn’t beat properly, & nicotine is normally responsible for that.

Want to quit smoking? I know, your answer is “Yes!” And, that’s why you’re reading this article as well. However, stop for a moment and ask yourself one question – Do you know anyone who actually quite smoking? There is a 99% chance that you don’t. Since, most advises don’t actually end the core problem; they either produce side effects or promote that long-term treatment which is rather expensive; they also keep you hooked to the same drug you became addicted to in the first place. Yes, I’m talking about “Nicotine”. It’s that drug which is consuming your life and dangle in front of you so that you can’t resist it.

It doesn’t matter whether you’re a new smoker or a chain smoker for the past 30+ years, the habit of smoking can be controlled and ended fully. It’s utterly possible, and in fact numerous people have done that and living a happy, healthy, & satisfied life now. All you need is to focus and follow those methods which are legitimate and end the core problem.

Here I’m going to reveal a few ‘actual’ methods which various smokers have followed and quite smoking in just a few days – in fact some of them quit this monstrous habit within a week. Don’t believe that? No issue. Just follow below methods for a week, we guarantee, you’ll notice the positive change, without struggling with any kind of risky side effects.

If you’re planning to quit smoking serious, you’ve to be professional as well. Make a contract and sign on it with a quit date. In addition, in order to make it look more professional or motivating, you can include your reasons to quit smoking. For example, write reasons like, “I want to quit smoking for my daughter”, “I want to live longer and healthier”, or “This addiction is not good for pregnancy”. Other than that, you can include the side effects of smoking cigarettes too, which will be enough to motivate you even more, such as, it create complications in diabetes, connects you with cancer symptoms, give erectile dysfunction (you won’t be able to stay last longer in bed), bad teeth, and etc.

It’s better to perceive and stay away from the common triggers that impel you to smoke. Things like Alcohol and other smokers often push you to try just ‘one’ cigarette which eventually turns into a habit again. Don’t believe that? Visit some place where alcohol is available and smoking is allowed too; you’ll notice that most people have a habit to smoke while relishing alcohol. Apart from this, when your friends smoke around you, it’s also rather tough to challenge your habit. You feel the impulsion to smoke with them. The best thing you can do is to avoid those places/situations which trigger smoking situations. Visit only those places where alcohol is not available and smoking is prohibited too. Moreover, you can also attempt to avoid those situations when your friends do smoking, particularly after meal. The more you care about these things, the more it’s easy to control yourself.

Of course, there will be some withdrawal symptoms, especially if you’re a chain smoker or smoking from a very long time. You’ll struggle with some uninvited feelings & situations. For example, the first and the most important symptom would be ‘cigarette craving’. And, it will stay on your head in the first week. It would be utterly difficult to shun this thought or craving. Other than that, one can also feel headache, restlessness, irritability, frustration, anger, and mood-swings, which are all quite common, as you won’t be feeding your body and mind what it desires. Some people struggle with insomnia and depression too, as they started smoking cigarette to deal with depression at the first place. For them, cigarette is the only cure for depression. However, luckily, all these symptoms are just for 1-2 weeks.

In other words, keep mind busy! Quitting something is more about mental struggle. The more you think about it, the more it gets tough. But, if you can replace negative/struggling thoughts with rich & passionate thoughts, you can easily achieve your goals. Do you know why Billionaires achieve whatever they want? Because, they’ve clear goals and they passionately pursue them. Similarly, set some goals in life, like extra $2000 next month, and do whatever you can to achieve that goal. Once you set these types of goals, it becomes easier to quit smoking, as your mind is constantly busy in handling new thoughts.

Is there any advanced method to quit smoking without struggling emotionally, physically, or psychologically? Well, yes! There is a super advanced method, known as “Brainwave Entrainment”. And, fortunately, The Unexplainable Store offers this method to their customers. They’ve a set of tunes which are 15-30 minutes long and create a positive impact on your mind. All you need is to get your headphones and play those tunes. Within a few minutes, you feel a different ‘you’ – free of addiction. The experts of The Unexplainable Store created these tunes with the help of ‘Binaural Beats’ & ‘Isochronic Tones’, which are popular in the 21st century and attract the attention of modern science & physicians as well.

Leadership: How to Become The “ONE” in 3 Steps!...
How to Trigger Brain Chemical that Make You Happy!
How to Take Action through Meditation
Depression – Let’s Recover From Emotional Injuries...