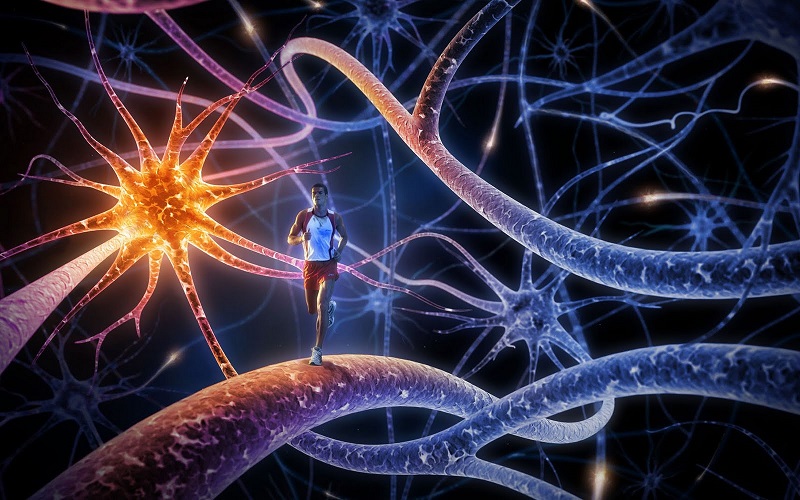 Strategies to Release Endorphins in the Brain

Endorphins help the body eliminate pain naturally and it is made up of two words: endogenous which means from within and morphine which is a popular term for the elimination of pain. Therefore, it is safe to describe endorphins as substances that help kill pain from within the body. There are about 20 chemicals that make up endorphins and all of these chemicals work together to help reduce pain and cushion the effects of stress on the body. A deficiency in endorphins would make you feel depressed, stressed and possibly anxious, thereby, generally making you miss out on feeling bliss or any form of happiness. Of course, there are different strategies one can adopt in order to release endorphins in the brain and physical exercise being the most well-known strategy, it is not the only strategy however. In this article we will be exploring the various strategies you can adopt to make sure enough endorphins are released in your brain other than through physical exercise.

There are so many things we eat that we probably never knew aid the release of endorphins in the brain. The good thing about these foods is that they are foods that we, or almost every human being enjoy. Foods such as chocolate help release endorphins. Chocolate is regarded as a comfort food that invokes a special feeling that can be likened to falling in love. Phenyl ethylamine is an important compound that brings about this feeling.

Other than strenuous physical exercises, another way to release endorphins naturally without drugs is by adopting lifestyle choice that help boost endorphin level in the body. One of these many ways is laughing. Laughter is the best medicine, and laughing as many times as possible during the day helps increase endorphins release in the brain. Laughter generally induces happiness in a way and this is only possible through its endorphin-releasing capabilities. If you do not find anything funny, fake it. Just make sure you laugh anyway. As much as we have been trying so hard not to make this article about exercising, exercising is nonetheless a great way of living healthy. You cannot sit in a spot throughout the day for sure and keeping your body active is a sure way to boost your endorphin levels.

3. Help others and fall in love

Lending a helping hand and being generous creates a good feeling which floods the brain with endorphins as a result of something known as “helper’s high”. In the same vein, having a genuine sense of affection for someone else produces phenyl ethylamine which the endorphin-boosting compound found in chocolate. If you find it hard to fall in love, having great sex and having orgasm will do the trick as well. The endorphin addiction gotten from being in love is what explains the pain experienced from a breakup.

Joyful music that makes you dance is another strategy for releasing endorphin in the brain. According to a study, country music is best for endorphin release while metal music is not because it makes listeners feel anxious. Also singing or playing instruments help release endorphins than just listening passively.

There are some body-mind healing techniques that you can apply in order to increase endorphin release in the brain. And of course as with any brain activity, endorphin release is directly linked to specific brain wave patterns. The Endorphin Release brainwave audio that can be getten at The Unexplainable Store uses Alpha Frequencies to trigger the release of Beta Endorphins. It will make you feel relaxed satisfaction and start living the way you deserve. Just relax and listen!