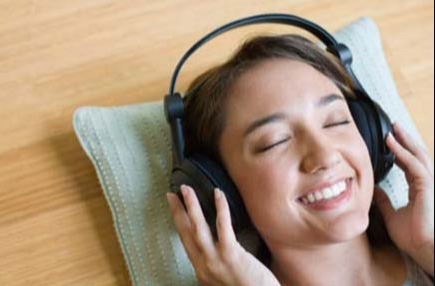 Eliminate Your Tinnitus in Less Than 7 Days – Guaranteed!

Want to get rid of ringing sounds in your ear – Tinnitus? If you’re suffering from tinnitus, and if it’s driving you crazy, there are specific advanced & professional methods and systems that can stop it forever, such as the recordings of The Unexplainable Store, and facilitate you in continuing your daily life, cheerfully. The issue with tinnitus is that it invites more troubles in life; one deals with stress, sleeplessness, and even feels unconfident in social gatherings; he doesn’t apprehend how to focus on his routines. In a way, tinnitus revolves in his head.

The U.S. Centers for Disease Control estimated that 15% of the general public suffers tinnitus, and ten percent out of that ratio experience severe and debilitating cases. Besides, according to professional physicians and tinnitus researchers, we all face this dilemma at least once in life, especially in senior ages. Furthermore, people who work in a noisy environment also catch some symptoms of it sooner than others, and they’re the ones too who seek expert advice. If you love music, or like to use headphones, there is a possibility that this disease will catch you too. And, this applies to all teenagers and adults.

Without reading and comprehending the consequences, you perhaps won’t take this issue seriously, or think that you’d get rid of it comfortably, or it would vanish on its own. But, this is not true. First, it won’t disappear that easily; you’ll need a sound therapy for tinnitus or medications in extreme cases too. And, second, it can call dangerous consequences also.

The majority of sufferers experience psychological problems that create devastating impact on their daily lives and relationships. Psychological problems, such as frequent mood swings, will lower your self esteem and transform you into an utterly different person as well. Other than that, depression, anxiety, frustration, and irritability also occur. Apart from this, it gets tough to concentrate on business or job too because of poor sleep issues.

Lastly, but most importantly, the victims of tinnitus also suffer from hearing loss. Therefore, it’s better to control this issue quickly. Consult a professional physician or tinnitus expert.

There are four types of tinnitus. Though, there are some sub-types too, but physicians ponder them in rare cases after scanning the brain and the perception of sound.

1 – Subjective Tinnitus… This is the most common type of tinnitus; you’d be amazed to know that it accounts for 94 percent of the cases. The subjected tinnitus is caused by the exposure to excessive noise. As we’ve explained earlier, if you’re working in a noisy environment, there is a strong chance that you’ll be the victim of this type. The severity of the subjective tinnitus varies from patient to patient. Since, in severe cases, it never stops, and it’s active. However, in a normal condition, it appears and disappears suddenly, or it stays for 3-4 months. The good thing is its totally treatable through positive medications.

2 – Objective Tinnitus… Well, this is uncommon! And, you’d be surprised to know that the noise of this type can be heard by the doctor as well. He uses the stethoscope to listen the involuntary muscle contraction or vascular deformities. In other words, the noise is generated by the structure near the ear. And, just like subjective, it can be treated too.

3 – Neurological Tinnitus… This is in reality a disorder, or caused by a disorder – Meniere. The Meniere disease affects your neurological system and invite tinnitus problem. If you every feel dizziness or balance issues, while suffering tinnitus, there is a strong chance that you’ve Meniere disorder. According to professional, there isn’t any cure for this specific disease, but with expert advice or medication one can control neurological tinnitus.

4 – Somatic Tinnitus… It’s connected to the sensory system. If the sensory signals of your body are getting disturbed, they can produce tinnitus. The disturbance can be occurred through any circumstance. For instance, a neck injury, minor road accident, or something smashes on your head. In this condition, usually, one feels the symptoms of tinnitus in just one ear. But, a professional physician can alleviate the symptoms easily with medications.

Don’t want to consult a physician? Well, there are a few home remedies which you can try to cure tinnitus. These below remedies can be very effective and cure the issue quickly.

– Get a glass of water and add two spoons of apple cider vinegar and one spoon of honey. Mix it well, and drink the magical solution. Drink two to three times daily. The sensations of ringing would become lesser and vanish slowly. This process can take one to two weeks.

– Believe it or not, but onion juice can be very effective; you can even feel the effect of it after just one use. All you need is to cut an onion into small pieces, microwave them, cool them, and then take a few drops of juice out of them. Put two to three drops in the effected ear and leave it for five minutes. After that, turn the head and let the juice drain out.

– Try different ways to relax, or change the working environment in case it’s too noisy. There are a million things you can try for relaxation. For instance, yoga, meditation, self-hypnosis, and a walk in the park with your loved one can cure tinnitus problem speedily.

Is there any sound therapy for tinnitus? Thousands of people ask this question on the tinnitus forums day after day, and the answer is “Yes!” There is a sound therapy for tinnitus. There are binaural beat cures for tinnitus which work rather effectively and in fact rather rapidly than all the other cures, or home remedies. Don’t know about them? No problem! Visit The Unexplainable Store and test their “Tinnitus Help” track. It’s 30 minutes in length, but permanently eliminates the ringing in your ears and helps you regain your inner natural balance. You gain significant relief in less than 7 days… Guaranteed!!!

IQ – Become the World’s Next Genius!
Motivation – Feel the “Fire” in a Few Seconds!...
7 Signs You Are Pregnant
New Products Review!