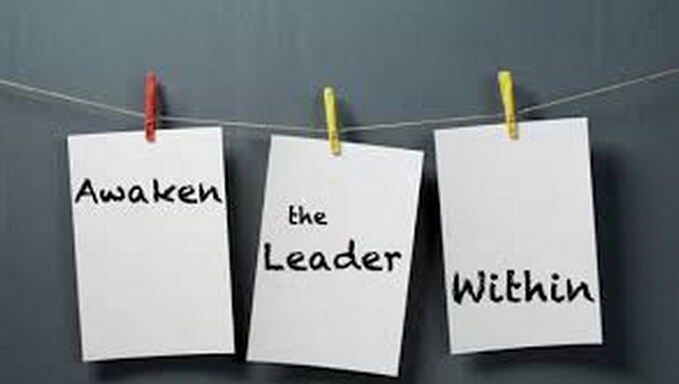 Leadership: How to Become The “ONE” in 3 Steps!

There is one immensely famous quote of Ronald Reagan that defines leadership in a nutshell – “When you can’t make them see the light, make them feel the heat.” This is what true leaders do; they know the way, they test the way, and they show the way. It’s in their innate nature to move forwards constantly and find the solutions. People expect from them; they want them to exhibit the highest standards, with authority and confidence, so that they can trust their words, and follow their lead. All in all, leaders should be drunk with success and ambitions…

What really defines a leader? This is a million-dollar question. And, if you canvass the life of world’s famous leaders, you’ll perceive that there is one word that defines them truly – “INFLUENCE”. Leaders are influential; they’ve a latent power to influence millions of people. From Winston Churchill to Steve Jobs, from Martin Luther King to Nelson Mandela, all had an immense power to change the world. The world didn’t only adopt their perceptions, but also follow their lead. For instance, Nelson Mandela became an example for those who were divided and discontent; they didn’t know how to become ‘One’ and make a huge impact on the African continent. He carried the heaviest burden so that others can live in unity.

Similarly, Steve Jobs is a modern-day version of a Leader. His brilliance in innovation challenged the competitors and heavily influenced the people of the 21st century – as they started to believe that he’s the one who can go extra miles for introducing something new, innovative, and credible. In fact, Steve Jobs’ name was the name of success. Every product under his name achieved the heights of success and boosted business for the companies.

Are leaders inborn? Well, no. This is not always the case. Since, the leadership qualities can be learned with practice and repetition. After reading the personalities and work of word’s famous leaders, I’ve put together a few characteristics, which you can learn effortlessly.

So, pull your socks up, and keep on reading…

Vision… Without having a “Vision”, you can’t become a leader. It’s pertinent to have some clear and exciting path to follow; you should know where you’re going and what you’re trying to accomplish, and what your strategic plans are. Without having the answers of these basic visionary questions, it won’t be possible for you to influence and lead people.

Courage… obscurities are, in reality, your success. People want to see how you tackle with the dark shadows and come up with the solutions. For that reason, you require courage, all the time. Nothing should baffle you or crumble your feet. Since, any sign of fret over your face can make you appear weak, and the followers would notice that at once.

Examples… Leaders lead with examples; they exhibit through some examples of success that they’re on the right path, and following them would hand some positive end results. It’s in people’s nature to notice what you’re doing, rather than what you’re saying. So, remember, the actions are always more powerful than words. Show actions with examples.

In order to carry the title of a “Leader”, you must follow these above three steps, and work on them assiduously. But, there is one important factor, which you can’t avoid at all. It’s about your own “Feeling” too. Without feeling, or passion, like a leader, following these above steps could be tough. Luckily, The Unexplainable Store is offering you a natural and safe too- Leadership Qualities Recording with the help of Brainwave Entranment Technology; once you listen to it, you transform into a different person; you start seeing things differently, feel immensely confidently, work effectively, and find the golden opportunities, like a leader, comfortably… So, what are you waiting for? Get our recordings right now, and show them how to rule with an iron fist.

Binaural Beats – Train Your Brain Now!
7 Signs You Are Pregnant
5 Effective Ways to Stimulate Optimism and Improve...
Heal Your Body in a Few Minutes!